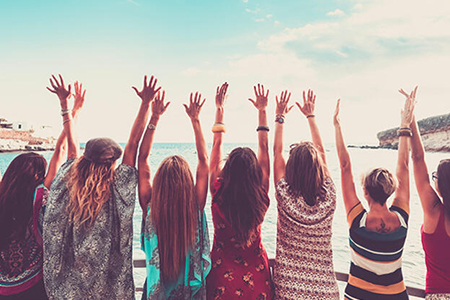 What Is The Istanbul Convention?

Council of Europe Convention on Preventing and Combating Violence Against Women and Domestic Violence is a convention which entered in force in 2014 after being opened for signature in Istanbul on May 12, 2020 which is also the reason why the convention is called Istanbul Convention. Amoung the contries signed the convention, there are Albania, Austria, Belgium, Bosnia and Hergovina, Crotia, Denmark, Finland, Estonia, France, Georgia, Germany, Greece, Iceland, Ireland, Italy, Luxemburg, Malta, Monaco, Montenegro, Netherlands, Norway, Poland, Romania, Portugal, Serbia, Slovenia, Switzerland.  The contract has been signed by 46 countries and The European Union by July 2020.

Contracting countries should follow specific policies to prevent, prosecute and eliminate the violence against women and domestic violence. These policies include providing financial resources to prevent domestic violence; to establish non-governmental organizations, to encourage non-governmental organizations to work in this field, to cooperate with non-governmental organizations; collecting data and conducting research on violence; to carry out activities in the name of preventing violence, to raise awareness, to increase trainings in this direction, to contact the victims directly and to train professional staff that will provide effective service, to establish preventive intervention and treatment programs, to ensure that private sector and media work in a way that increases women's dignity and prevents violence; shelter, telephone hotline for seeking help.

Turkey, signed the agreement on May 12/ 2012,  was the first signatory country.. According to Constitution of the Republic of Turkey Article 90, International agreements duly put into effect have the force of law and no appeal to the Constitutional Court shall be made with regard to these agreements, on the grounds that they are unconstitutional and in the case of a conflict between international agreements, duly put into effect, concerning fundamental rights and freedoms and the laws due to differences in provisions on the same matter, the provisions of international agreements shall prevail. International conventions bind states in regards to pacta sunt servanda. They also bind contracts on behalf of domestic law. Turkey made important studies to increase effectiveness in practice of Istanbul Convention. One of the most important study to prevent and eliminate domestic violence is the law number 6284, have been signed on March 8, 2012, Law on Protection of Family and Prevention of Violence Against Women. By this law, it was tried to facilitate the access of victims to the judiciary aid, law enforcement and many judicial and administrative units they need.  Also, Turkey created telepohone helplines, ALO 18, and Violence Prevention and Monitoring Center in regards to Istanbul Convention.