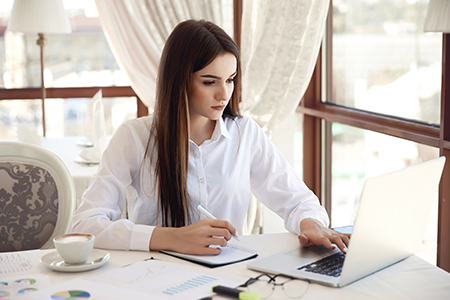 The rapid advancement of Technologies and the advent of the internet have completely changed human relations in the 21st century.  The legal field is no exception too. As a result, the digital contracts and legal relations, crimes committed through the internet have also entered into the world of legal regime. . Correspondingly, legislative changes and new legal areas have emerged. Law enforcement and especially the use of technologies in the trials took place in our country with UYAP which is called in short as “The National Judiciary Informatics System.’’[1] Although the National Judiciary Informatics System had many problems in the early years of its application, it has become a safer area that all attorneys and the citizens who are parties to the case can access. The National Judiciary Informatics System is a project that transfers all lawsuits and enforcement files in our country to the virtual environment, keeping the files there, adding new documents and petitions through the system and presenting them to the parties. Attorneys can access this system with their special electronic signatures assigned to them. They sign the petitions with their electronic signatures and submit them to the file. In the courthouses, it is possible for each judge and prosecutor to access the system with separate passwords, this is also equally applicable to   staffs who upload documents and information to the file can enter the system with their own passwords.

All hearings are made through the National Judiciary Informatics System and the record of hearings are uploaded to the system after the approval of the judge. Thanks to this system, it can be seen instantly by the attorneys and the court once a new document is entered in the file. In addition to this, electronic notifications have also become mandatory. Notifications are no longer distributed to attorneys’ offices by an officer, and notices are sent to attorneys electronically. Accessing  The National Judiciary Informatics System is an opportunity not only for attorneys but also for citizens who are parties to the legal process. People who are parties to the case can view their files by entering their e-government passwords through National Judiciary Informatics System. E-government[2]  which is a website designed to make many public services and applications online and people who are Turkish citizens can access to the service with their ID numbers and passwords. In this way, the physical requirement to be present in the court in order to look at the file in the courthouses or to know the current situation has been eliminated and the density of the people in the courts has decreased.

“Hearing performance through the transmission of sound and video;

ARTICLE 149 - (1) With the consent of the parties, the court may permit the parties or their attorneys to attend the hearing from where they are at the same time and to carry out procedural procedures through the transmission of sound and video.

(2) With the consent of the parties, the court may allow the witness, the expert, or one party to be found somewhere else during the hearing. Hearing is transmitted to the hearing room at the same time as sound and image.”

While there is such a legal provision in force and during Covid 19, almost every meeting of state institutions and private companies have been held remotely, it is now necessary to hold court hearings online as per the legal   provisions. In Criminal Procedure Code, the issue of bringing the defendants, especially from the remote cities, to hearings under inhuman conditions has been the subject to criticisms for many years. However, due to the principles such as the right to defense and the directness of the evidence, it was also advocated that the defendants should make their defense in the court by themselves. . With the development of technology, a system called SEGBIS has been developed and the defendants have started to attend the hearings from the prison’s SEGBIS rooms in their cities. Considering some exceptions (such as presenting documents, showing evidence, etc.), it is possible to say that the criminal proceedings made through SEGBIS do not cause any violation of rights, considering that it is always possible to participate in the trial before court.

For example, the detained defendant and his lawyer in Diyarbakır can attend the hearing of a case at the Izmir Criminal High Court from the SEGBIS room designated for the trials of the Diyarbakır Courthouse. This situation demonstrates that in our law, an online hearing is made. Again, thanks to the remote/distance participation rooms in all prisons in any city, the defendants can attend the hearings without coming to the courthouse. This trial experience in the last 10 years has shown us that online hearing has provided important benefits in terms of saving time. Except for criminal proceedings which carried out in the name of the state and with strict rules and regulations,   it will be a very logical practice for the attorneys who are part of the National Judiciary Informatics System to attend hearings from their offices without going to the courthouse.

It is obvious that in the criminal cases made through the SEGBIS, the discipline and seriousness of the hearing is not impaired and there is no serious problem in the implementation of the procedural provisions. It is well understood that the online hearing’s’ infrastructure prepared in civil cases shall not require the attorneys to go to a courthouse in a different city, but to attend the hearing from the attorneys’ office. This is the correct method, because the public authority is used in criminal cases, it is important that the defendant is under judicial authority even in another city. However, there is no such requirement in legal proceedings. Since there is no obligation for the parties to participate in the trial, the participation of the attorneys from the offices where they carry out their judicial duties as professional members will make the trial more effective and faster.

As we have explained above, remote/online hearing has been held in criminal cases for nearly 10 years in our country. While an online hearing is held in an area that is subject to strict rules and regulations, such as criminal proceedings, it will be an easy adaptation method for Turkish attorneys to conduct an online hearing with the demands of the parties such as legal proceedings. In civil cases, it will be possible for attorneys to attend the hearing from their offices through the National Judiciary Informatics System and to submit their motions. Except for some exceptional cases such as hearing of witnesses, there is no legal requirement for the parties and judges to come together in the courtroom.

Finally, considering the serious challenges such as COVID - 19 outbreak, if the system of online hearing had been started a few years ago with full vigor, the delay of the proceedings might have been prevented at this moment. Moreover, it will be hugely beneficial in terms of public health if the density of the people in  the courthouses  is reduced.

It is gratifying that the idea of an online hearing has emerged in our country. The news, announced by the Minister of Justice, Abdülhamit Gül, that the initiatives and steps for the attorneys to attend the hearings from their offices without going to the courthouse have started, is important in this respect. Today, when communication technology is accelerated and saving of time is gaining importance, except for some exceptional hearings that should be in face-to-face, such as witnessing and taking statements, digitalization or online system should be introduced. . In this way, a significant workload will be removed from the judiciary and the time to reach the decision will be shortened by allocating more time to the files. This arrangement, which is a time-saver for all persons participating in the trial, has become inevitable in the advent of emerging technologies.

Of course, such a practice of hearing should not in any way harm the right of defense or the right to attend the hearing. Except the witness hearing or verbal trial phase, holding online hearings mostly based on petitions, will speed up the trial and facilitate access to justice. As a result, having a hearing through an online or from office of the attorneys will be a good procedural practice and learned and skilled practitioners shall produce outstanding outcomes which shall be as good as face-to-face hearings.