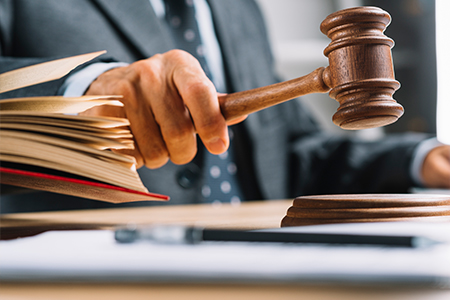 1-With the Legislative Proposal on Amending Civil Procedure Code and Some Codes that accepted by the Committee on Justice, many innovations are entering our legal system. According to this;

2- Some or all of the hearings may be held confidentially, in case of the superior interests of those involved in the judgment that are worth protecting, The fact that it is possible to hold a secret hearing has been dealt with such a wide definition, is capable of responding to the need. However, this rule should not be evaluated and applied in a way that harms the principle of publicity.

3- It is also envisaged that the judge who previously mediated or reconciled in the same file will be one of the reasons for judge rejection.

4-  Long-term trials are one of the most important judicial problems of our country, and various innovations have been made to shorten the time or speed up the trial. However, it is not possible to mention that the trial periods are shortened yet. However, it is seen in the new proposal that some ways to accelerate the cases are intended to be implemented. One of them is related to duration of trials. If the judge decides that the time he has appointed is final, he will explain the process that is the subject of the exact time he has appointed in a way that does not involve any hesitation and he will warn the legal consequences of not complying with the time by clearly recording it. The length of the case will be prevented due to the requests that are not fulfilled by the parties on time by expanding the authority of the judge to give definite time. On the other hand, if the party who has passed the period not specified as definite wants time again, the second period to be given will be final. For this reason, regardless of the subject in the trial, one side could be given a maximum of two times.

5- The procedure for conducting a hearing through audio or video transplantation has been practiced in criminal proceedings for a long time. According to the draft law, it will be possible to hold a hearing with audio and video transfer in the legal proceedings. At the request of one of the parties, it is possible to decide whether the requesting party or its representative can attend the hearing from where they are at the same time by transferring audio and video.

6- The court can decide to listen to the witness, the court expert or the expert from where they are at the same time, with the consent of the parties. This change, which is adapted by the practitioners, is an important change that can prevent unnecessary hearings and loss of time. Because the most important reason for crowd and time loss in courthouses is to wait for the trial to start for a long time. In order to prevent this, the implementation of video trial management is now compulsory. In cases and works where the parties cannot freely behave, it will be possible to make an official decision by the court to listen from where they are at the same time by transferring the audio and video.

7-In order to reduce the intensity of the hearing, it is envisaged to add decision-making procedure based on the file, which is applied in the executive courts. If the current deficiencies in the file are to be completed without a hearing, it is possible to make a decision without a hearing after their completion. Likewise, if there are people who have not yet gathered the evidence for the case, it will be possible to decide on these issues without waiting for a hearing.