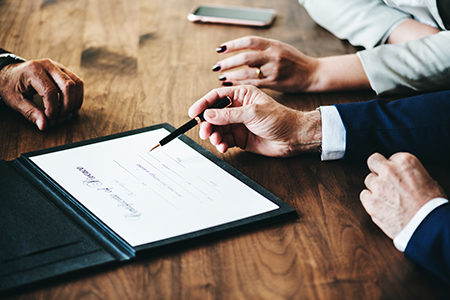 WHAT HAPPENS AFTER DEATH?

In the event of the death of the individuals, the document which they leave to indicate who has which rights is called heirship certificate which is also known as acertificate of inheritance. The concept of heirship is already expressed in Article 598 of the Civil Code No. 4721 as the "Certificate of Inheritance".

Inheritance Letter is a certificate that can be taken from the court or nottary by the heirs of the person who passes away.

How to Take Inheritance Letter?

Inheritance letter is a document, which states clearly who will share the inheritance. Accordingly, heirs of the person who passes away have rights to get a share from the properties of the deceased person.

It is possible to object to inheritance document. The law does not specify any dealine fro objection. Individuals who object to the inheritance order must apply to the court for this. In case no objection case is filed, it is assumed that those specified in the inheritance agreement are accepted by the heirs and inheritance sharing is done in this way.

A will or testament is a legal document that expresses a person's (testator) wishes as to how their property (estate) is to be distributed after their death and as to which person (executor) is to manage the property until its final distribution. It must be entirely written, dated, and signed in the handwriting of the testator. Although the date may appear anywhere in the testament, the testator must sign the testament at the end of the testament. Any additions or corrections must also be entirely hand written to have effect. It can be arranged verbally in  emergency situations. such as earthquakes, floods, danger of death.

How to  Get Inheritance Contract?

Inheritance division contract can be made with the participation of all heirs. All heritage signatures must be included in the heritage division agreement that can be prepared with a specialist inheritance lawyer.