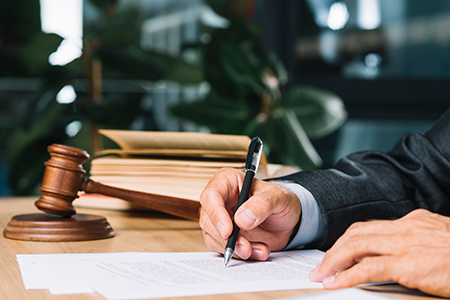 The work is a specially defined scientific and artistic production created by people as a result of the accumulation gained throughout human history and deserves a special importance. According to the Intellectual and Artistic Works Code No. 584, there are basically 4 types of work. These are

However, the concept of the work needs to be clarified about the works described under each title, both in terms of copyrights and in terms of using the rights arising from the ownership of the work.

In order for scientific works, literary works, compositions, paintings, sculptures and architectural works and cinema works to be evaluated within the concept of the work, the original thoughts of the owner must have been reflected in the work, which means it can not be an imitation of another work. For example, the fact that a novel or scientific work is not original, that another work is imitated, will result in the study not being evaluated within the concept of the work. And these works can not be under the protection which are mentioned in the law.

Whether a product is considered work depends on whether it has plagiarism or not.  Apart from this, in practice, the effort to determine whether a product that can be considered as a work of art is an extremely wrong approach undermining the original and independent structure of art. In other words, whether a picture or novel can be accepted as a work of art is not a decision that academics who have studied in the field of fine arts or literature can make. It is also not a decision that other artists can make. Because, it is a known fact that many works that were not seen as works of art in the field throughout history were considered as masterpieces in the following years.

That’s why the criterion about whether a work can be accepted as a work should be limited to the determination of whether there is imitation or plagiarism. Apart from this, checking whether the work is artistically competent is an extremely subjective perspective and cannot be used to determine whether the work will be accepted legally.

In the light of all these explanations, it will be necessary to accept that a person who creates an original work will benefit from the rights given by the Code No 5846 as the owner of the work. Whether the work is artistically competent or not can not be the subject of law. For this reason, deciding whether the work presented in practice is an artistic work or not is a different issue from whether it will be accepted as a work on from a point of law. It is not a task to be done by the experts to determine whether the work created by an artist is an artistic work. Because a work which is not considered as a work with subjective opinions can be considered as a masterpiece 100 years later.

It is possible for the right holder (owner) who created an original work to be considered as the owner of the work under the Intellectual and Artistic Works a Code and to benefit from the protections arising therefrom.